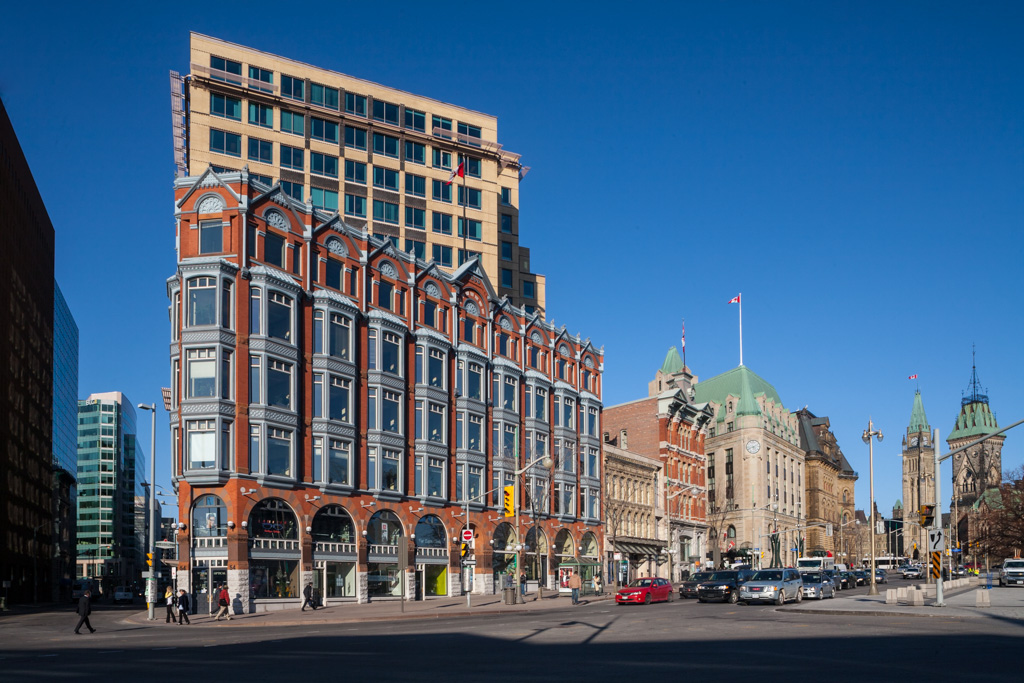 GBA was an integral part of the development team that worked with the National Capital Commission to rejuvenate the downtown core and upgrade their existing property holdings via a public-private solution that ultimately won awards for innovation and outcome. The site, adjacent to Parliament Hill, is bordered by three Heritage buildings which were commercially non-viable until their complete restoration and integration into the development program. GBA managed this complicated project from conception to completion.

The complex now provides for private and public commercial operations including the headquarters for the National Capital Commission and a public-private initiative that resulted in a creative development solution, one that was financially successful for both sectors.